[First posted in November 2015 on www.radicaldiscipleship.net] 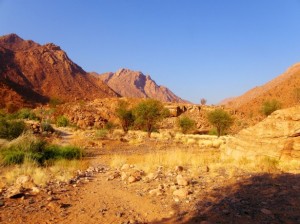 Once again…still…our eyes and hearts are riveted on tragedies afar and close at hand: terrorized families in flimsy boats on the other side of the globe fleeing desperately toward what they hope is safety; a tide of killings at home brought into sharp focus by young people demanding that black lives matter. We hunger and thirst for a world in which peace, dignity, and justice prevail.

When I’m tempted to despair, I remember the spring of 1991. It was a time that seemed hopeless to me. Three teenagers I knew were senselessly killed—one stabbed, two shot—on the deadly streets of the Washington, DC neighborhood where I lived. Hundreds of women and children died when U.S. forces bombed the Amariya shelter in Iraq on Ash Wednesday.

That night, while we at Sojourners Community were gathered for a service to begin the journey into Lent, a civil defense siren malfunctioned, causing many of our neighbors to fear that we were being attacked and to flood the local police station with calls. I went to sleep thinking of the children in Iraq for whom the attacks are real, and hearing other sirens, from another shooting or stabbing or drug bust in the neighborhood. The world was not at all the way I wanted it to be. Too many children were dying—in Washington as well as Baghdad.

Sometime in the middle of the night, I got out of bed and created a simple altar, using a pottery bowl, some sand, candles, and a kaffiyeh that was a gift from Iraq. As I knelt and prayed, I decided to keep a fast during Lent. I didn’t know what else to do to keep the despair at bay.

The fast brought me a sharpness of vision, a feeling of looking at the world differently—and a deepened sense of the presence of God. When my physical strength gave out, the assurance of God’s sustenance took powerful hold. But still I didn’t feel hope.

I had to go to the desert to find it. In the third week of Lent, I went to the Nevada Test Site, where our nation explodes nuclear weapons. After worship with a group gathered there for a Lenten peace witness, I walked to a spot where there was just me, and the gravelly sand, and an occasional Joshua tree with spiny branches outstretched like arms toward God. There, like other pilgrims to the desert had for centuries, I fell to my knees and discovered an emptiness beyond any I had ever known.

For the first time in weeks, I was able to weep, to allow my tears to spill and water the barren earth. And I found, in pouring out the despair, that there was room for hope. There, on the twenty-fourth day of my fast, I recalled the words of our gentle God, from the 43rd chapter of Isaiah: “Remember not the former things, nor consider the things of old. Behold, I am doing a new thing; now it springs forth, do you not perceive it? I will make a way in the wilderness and rivers in the desert.”

At that moment, I had the thought that perhaps the rivers appear in dry deserts when enough of us have been moved by the earth’s pain to weep, to add our ounce of compassion to what may become a mighty torrent of loving hope.

As I knelt in the sand, photographs came to mind—pictures that had been shown to me just days before by missionary friends who had recently returned from three years in Vietnam. These friends showed me seedlings growing in the casings of bombs that were dropped in the war that had ravaged Southeast Asia. And pictures of other bomb casings transformed into prosthetic limbs for children, to replace legs blown off by land mines. Swords hammered into plowshares. Glimpses of peace on earth.

When the world’s sorrow clings closely, I remember those photographs. And I take comfort in the prophet’s image of water in the desert, flowing freely and wildly to cleanse, and heal, and quench every thirst.