On the eve of Election Day, as the migrant caravan continues its dangerous journey north, I think of the words of the prophet Ezekiel to the ancient rulers: “You have not strengthened the weak, you have not healed the sick…but with force and harshness you have ruled them. So they were scattered…and scattered, they became food for all the wild animals…[They] have become prey. (Ezekiel 34:4-5, 8)

Focused on migrants as prey and compassionate responses to the immigration crisis, my second reflection from the Arizona-Mexico border was just published by The Christian Century:

Crosses mark the sites of migrant deaths. Photo by No More Deaths

Sometimes they find people wandering in the south Arizona desert—usually hungry, often lost, almost always dehydrated and desperate. Sometimes they find bodies—if they get there before the vultures and the coyotes. And sometimes they find bones, scattered and bleached by the sun. For the 300 volunteers who call themselves the Green Valley-Sahuarita Samaritans, Ezekiel’s vision of the valley of dry bones is one that tragically resonates—as does the familiar Psalm 23, “Yea though I walk through the valley of the shadow of death.”

Every week these Samaritans conduct compassionate searches around the Arizona-Mexico border, giving aid to migrants who need it. They gather up cherished possessions left behind in the sand: family pictures, icons of saints, a rosary, a child’s backpack, a well-loved doll. They collect signs of dashed dreams—a woman’s high heels and makeup kit, a man’s wide brush for painting houses, cloths used for wrapping tortillas, delicately embroidered with flowers and edged in bright crochet work—found strewn across this unforgiving land.

The Samaritans regularly place 55-gallon drums of drinking water throughout this arid wilderness. With an administration in Washington that is fanning flames of racism and anti-immigrant sentiment, increasingly U.S. Border Patrol agents and members of militia and hate groups slash the drums or shoot them full of holes. One Border Patrol agent admitted that destroying water stations was part of his training.

On my home altar, among other objects of special meaning to me, is a small chunk of the Berlin Wall. Twenty-seven years ago today, Germans streamed from all over their country with hammers and picks to tear down the oppressive barrier that separated East from West in their capital city. Exuberance and hope demolished that 79-mile, double, reinforced-concrete-and-barbed-wire structure with almost 300 watchtowers. 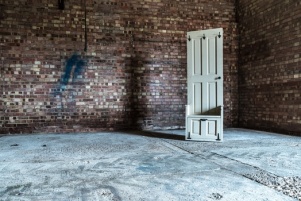 On this day in 2005, I made a pilgrimage to a crumbling remnant of that wall. Candles still burned there in honor of the almost one hundred Germans who had lost their lives trying to climb or tunnel to freedom on the other side. Placed inside cracks in the wall were dozens of individual roses, symbolizing reconciliation and unity. END_OF_DOCUMENT_TOKEN_TO_BE_REPLACED 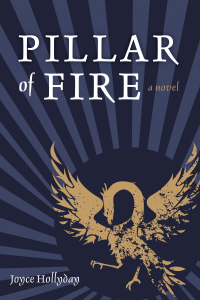